The African Water Companies Serving the Poorest and Staying Afloat 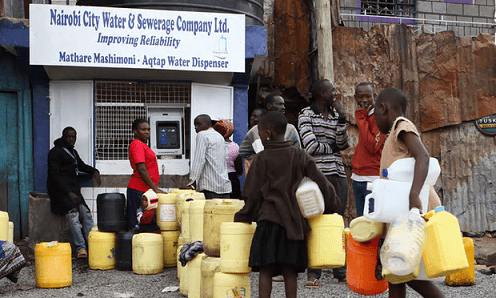 With an arid climate, one of the lowest GDPs per capita in the world and a recent history of political upheaval, it is perhaps remarkable that most of Burkina Faso’s capital has access to piped water. The Office National de l’Eau et de l’Assainissement (ONEA), the utility in charge of water and wastewater services in the capital Ouagadougou and other urban areas, provides piped water to 94% of the population pretty much round the clock.

This wasn’t always the case. In 2000, just half of the population had access to piped water [pdf] and water shortages were the norm during the dry season. The turnaround was down to a series of reforms, and a willingness to push the boat out to serve the poor.

The model has been so successful since it started in 2013 that the utility has added two more concessions in Ouagadougou and three in the town of Houndé last year. Another should be ready by the end of the year in Bobo-Dioulasso.

ONEA is one of a handful of utilities identified by the World Bank as providing good water and sanitation services to the poor. Despite challenging operating environments – water scarcity, galloping urbanisation, limited financial resources, legal constraints etc – these water companies also happen to be some of the best performing on the continent, with positive cash flows and low non-revenue water (water lost through leaks or theft).

All too often utilities assume that they have to choose between being financially sustainable and serving the poor, says Chris Heymans, senior water and sanitation specialist at the World Bank. “What we’re trying to show is that it’s not an inevitability.”

In fact, the two issues are closely connected. Common arguments are that low-income consumers don’t pay their bills and that there isn’t enough water to extend services to the poor. “But if you radically reduce losses in the system, you have more water,” says Neil Jeffery, chief executive of Water and Sanitation for the Urban Poor (WSUP), a non-profit working with utilities in the developing world. WSUP’s work with water services company Jirama in Antananarivo, Madagascar, for example, managed to increase the water supply to benefit 700,000 low-income customers.

Jeffery says that working on improving operating efficiencies is a useful point of engagement with utilities that have a negative perception of service provision for the poor. “We want to demonstrate in the same breath how the business can function better so that they can deliver to [the poor], but also how it can work better per se,” he says.

The World Bank found that the utilities that serve the poor well all had their houses in order – reduced non-revenue water, increased billing and collection efficiency, improved productivity – before investing in service extension to low-income customers. Tariffs were also set so that the companies can recoup their costs. Profits then allowed the utilities to pay for extensions to the network and added capacity.

Following this model, the World Bank calculated that if Mowasco, Mombasa’s struggling utility, achieved similar levels of efficiency as the continent’s star performers, it could generate enough cash to provide universal piped water access across the city and annual tariff increases to a minimum.

The other thing that set successful utilities apart was their ability to innovate, says Heymans. Cross-subsidising tariffs (where commercial consumers pay more than households) is one thing; accommodating irregular income or having to adapt services to informal settlements is another.

eThekwini, Durban’s municipality, has developed electronic flow limiters to monitor water consumption: poor residents are entitled to a free water allowance of 300 litre per household per day and, to prevent them from going over their entitlement, flow slows down to a trickle. Nairobi City Water and Sewerage Company has developed an arsenal of mobile tools including Jisomee Mita, an innovative billing system that allows low-income customers to pay as they go: they can read their meters as often as they like and pay (using mobile money) in smaller instalments than the usual monthly bill.

Other utilities have set up “low-income” or “pro-poor” units. In some cases, they have achieved little more than adding another level of bureaucracy but in others, they have become real assets. “In [our] case, it’s genuinely helped enhance our knowledge base of our customers and get a sense of closeness with [them],” says Rose Kaggwa, director of business and scientific services at the National Water and Sewerage Corporation in Uganda, one of the continent’s star performers.

The World Bank hopes that the findings will inspire other utilities to initiate – and embed – reforms. Much of it comes down to leadership, and although Heymans agrees that it is important for utilities to operate autonomously from political interference, utilities should not shy away from engaging with politicians. “[Defining] yourself as a purely technical institution doesn’t work,” he says. “[The sector] is so political. You have to confront the reality to move forward and change.”