Castalia is advising the Corporación Nacional para el Desarrollo of Uruguay on preparing a PPP project for 44 kindergarten and 15 daycare centers. 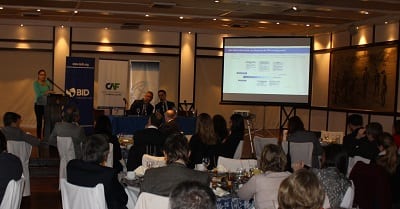 Castalia is advising the Corporación Nacional para el Desarrollo (CND) of Uruguay on preparing a PPP project for 44 kindergarten (Jardines) and 15 daycare centers (CAIFs). The tender is planned to be launched at the end of 2016. This is the first PPP project in education infrastructure in the country. It is the first stage of broader program to build education infrastructure in Uruguay, totaling US$430m.

This October, Maria Jimena Cordoba from Castalia and Martin Finnigan and Michael Walker from Caledonian Economics provided a training workshop for Uruguayan government agencies in Montevideo. The training was organized by the IDB. Government officials from CND, ANEP, and INAU attended. The training covered international experiences with education PPPs and management of education PPP contracts. Castalia and Caledonian Economics also presented international experiences with education PPP to private sector companies, in a breakfast hosted by the IDB, the World Bank, and CAF in the Golf Club of Montevideo.